Malana is famous for the perfect holiday destination for hipsters. It is at an altitude of 8,701ft above sea level.

The location is surrounded by incredible valleys, and lush, green trees making it pertinent for those who love nature in its truest essence.

It is bordered by Parvati valley on the north-east and Kullu valley.

The peaks of Chandrakant and Deotibba show the tiny, paradise of India on the other side. 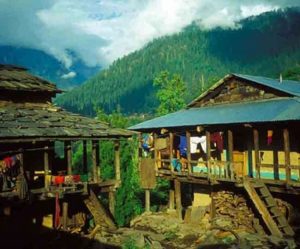 Malana is the best Holiday Tour Package and is known for its unique lifestyle and social structure that the locals essentially follow.

The lively culture and tradition that is quite unique to the place.

There are many documentaries made on this town, depicting the wonders that Malana.

A few admired documentaries that interested readers can check out are Malana: Malana, A lost identity, and Globalization of a Himalayan Village.

There is a lot of history that lies behind the existence of this beautiful location.

It is considered that the sacred sage namely Jamlu Rishi was a resident on this place. He has been given the main credits for setting up the rules, traditions, and culture among other regulations of Malana.

It is claimed that Malana reflects the world’s oldest democracies with a well-recognized parliamentary system as well. Malana is believed to have held enormous respect during the pre-Aryan times.

There are various Himachal Tour Packages that will provide you the full insight of Malana.

There are rare cases of Malani men marrying girls from the Rashol valley. You can opt for a group tour to Himachal to visit Malana.

Must read:- TOP 5 MOST ROMANTIC PLACES TO VISIT IN MANALI

Malana is famous for malanga cream.

There was an Italian named Glenu who stayed in the village and taught them to make charas using the ‘hand-rubbed’ technique.

The high-quality cannabis produced is known as Malana Cream internationally.

Tetrahydrocannabinol (THC) is the principal psychoactive constituent of cannabis.

It totally depends on the temperature in the surroundings. Theories claim that Malana plants may contain 32- 42 Percent of THC.

It is a huge percentage because the average cannabis plant produces it around just 5 to 7 Percent. Now you can imagine how strong Parvati cream is.

The cream is extracted from the cannabis plant named Indica.

These plants are adapted to the Himalayan climate. They have the property of being rain resistant and wind resistant. This adds further to the quality of cream. 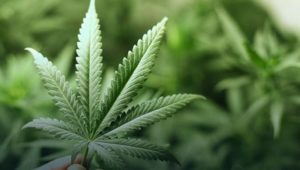 It has high oil content and is one of the most expensive and best hashish in the cannabis menu in Amsterdam.

There are 2 types of high people

One has to trek for hours to reach these villages. The residents are mostly lower cast and Thakurs.

They live in different world where no laws, no police and almost no real links with the outside world.

The intrusion of police is not allowed in this area.

You have to pay fine of rupees100 to the village council if you wish to seek help from the police.

The Malanese people believe that they are descendants of the soldiers of the Macedonian conqueror Alexander the Great and belong to the Aryan race.

The Malanese has their facial features that to an extent resemble the Romans. Indian king Porus along the banks of the Beas was defeated by Alexander the Great.

After a series of battles on India, his soldiers felt tired and wanted to return home. Alexander, too, is said to have gone back home.

Lore has it that some of his soldiers were too tired to return.

They preferred to settle down along the banks of the Beas and it is said residents of Malana may be their descendants.

The people are friendly but outsiders are told to keep p distance and not touch anything in the village.

The shopkeepers will ask you to keep the money on the counter and place the goods on the counter, without any physical contact. In case of any contact, they will rush for a bath.

People out there consider themselves as superior to the rest.

Jamdani, their sacred temple, is located in the heart of the village.

You can visit the place, but you are not allowed to enter or touch the walls of this sacred place.

They consider outsiders as untouchables. It is made of wood and stone and is not powered by electricity.